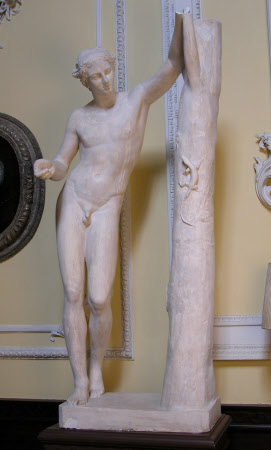 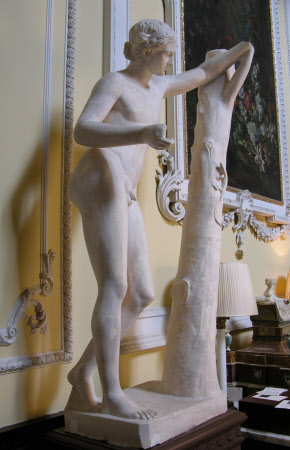 Plaster on a brown painted wooden stand with scroll decoration on the top, Apollo Sauroctonus (or Lizard Apollo). A statue of a naked young man with left arm leaning on a tree trunk, known as the Apollo Sauroctonus, or the Lizard Apollo due to the lizard on the tree trunk. There are several versions of this statue, which are Roman copies of a lost bronze original by Praxiteles described by Pliny. The original is in the Louvre, Paris