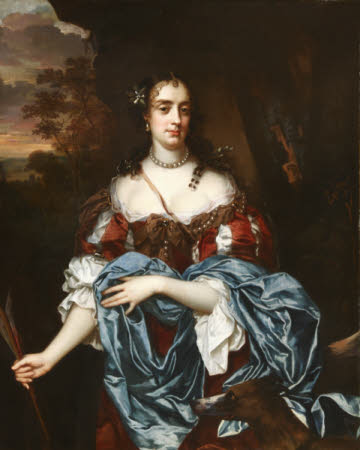 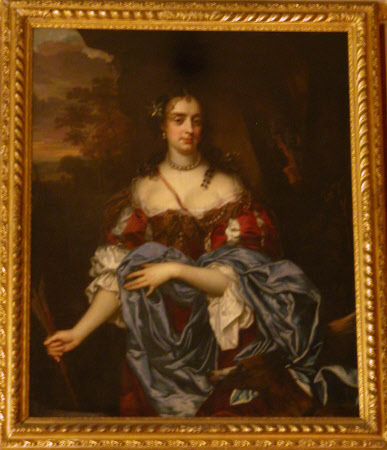 Oil painting on canvas, Lady Elizabeth Pope, Lady Lee, later Countess of Lindsey (1660-1719) as Diana by Jacob Huysmans (Antwerp c.1630 – London 1696). A three-quarter-length portrait of a young woman wearing a blue and red silk dress in the guise of Diana, virgin goddess of the hunt and a representation to infer beauty, purity and chaste virtue that was once identified as Catherine of Braganza, queen consort of Charles II, whose favourite painter Huysmans was, first recorded as being in England in 1662. The greyhound is suggestive of Diana's hunting pack.Previously called a Portrait of Isabella, Lady Levinge, mother-in-law to Archbishop Cobbe, by James Latham.