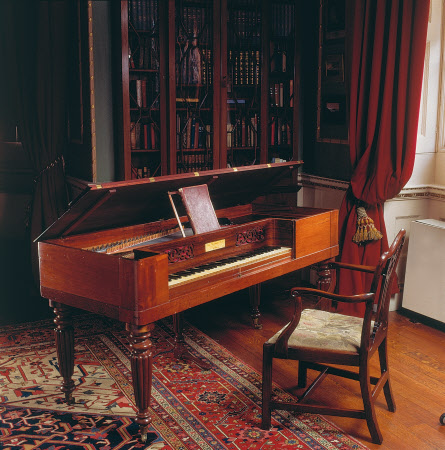 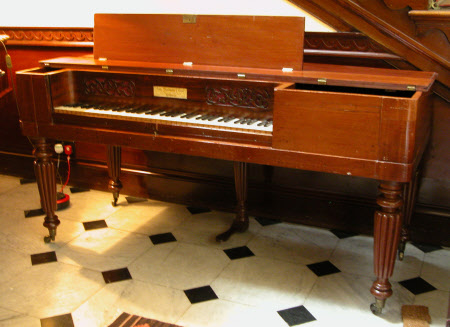 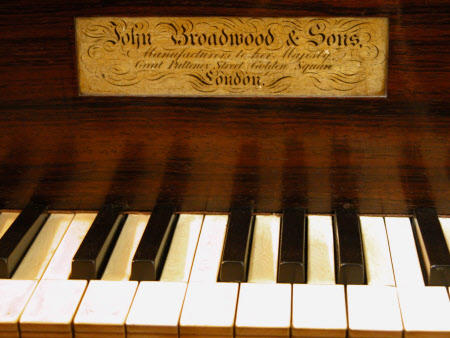 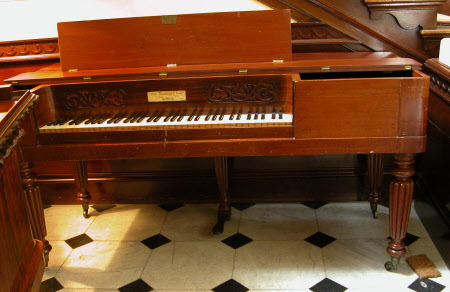 This instrument was chosen by Elgar for his cottage at Birchwood from the music shop of his father and uncle. Elgar noted works he composed on the piano on the soundboard; they include ‘The Dream of Gerontius’ , Caracticus and ‘Sea Pictures’. ‘Mr Rabbit’ his daughter’s pet is also inscribed there.

A ‘School model’ square pianoforte by John Broadwood and Sons, London, 1844. It was repaired in 1867 by Elgar's father's music shop in Worcester 'Elgar Bros', presumably as part of their stock. Chosen from the shop for his cottage at Birchwood, Worcs, used, extensively inscribed and signed by Sir Edward Elgar. He inscribed on the soundboard titles of works that he composed on the piano. Nameboard inscription 'John Broadwood and Sons, Manufacturers to Her Majesty, Great Pulteney Street, Golden Square, London'.

Entry in the Broadwood ledgers on 23rd July 1844, sold to Mrs Skelton of Worcester. Restored by Elgar Bros. in 1867. Received by Edward Elgar at Birchwood in April 1898. Transferred to Pollie, Edward's sister, when Birchwood was given up in 1903. Given to the Royal Academy of Music by the Broadwood Trust in 1989. Transferred on permanent loan to the Cobbe Collection in 1992. (From the Cobbe Collection Instruments guidebook).