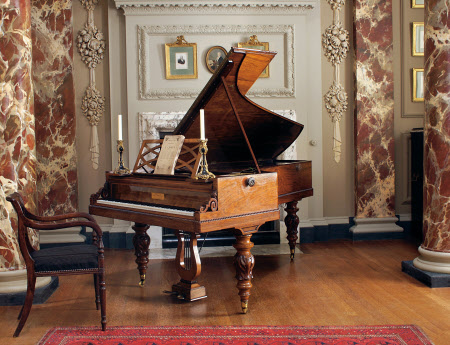 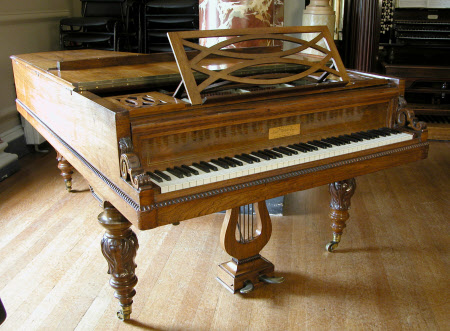 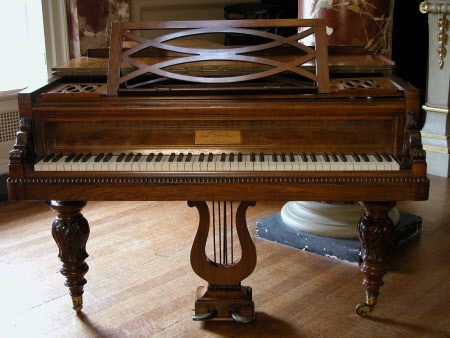 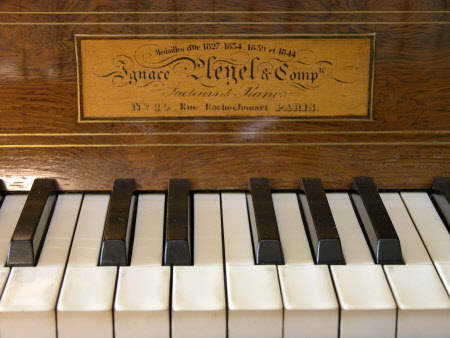 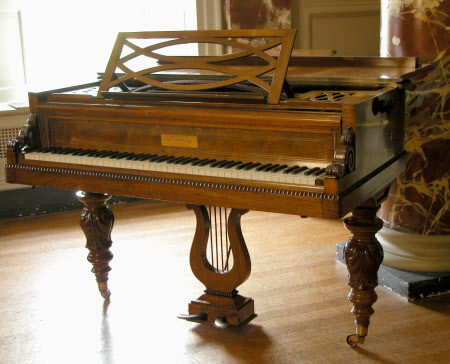 A Louis Philippe rosewood grand pianoforte with foliate tapering legs, by Ignace Pleyel, Paris, 1847-8. The detailed records of the Pleyel firm show that this instrument No. 13819 was begun on 25 January 1847, completed a year later on 8 January 1848 and supplied to Fréderic Chopin. It was almost certainly the newly received piano Chopin mentions in a letter of 11 February 1848. Plaque on nameboard: 'Ignace Pleyel and Companie, Facteurs de Pianos No. 20,. Rue Rochechouart, Paris. Medailles d'Or 1827, 1834, 1839 et 1844'. The Pleyel ledgers confirm that it was the piano Chopin brought to England from Paris in April 1848, and the composer used it throughout his London season in his lodgings on Dover Street Mayfair. He gave his first London concert on it, a private evening in Gore House.

Chosen from the Pleyel factory by Chopin and possessed in his rooms in Paris and subsequently in London. Sold by the composer to Lady Trotter in July 1848, for her daughter Margaret who was a friend and probable pupil of Chopin's. Possibly bequeathed by Margaret Trotter to her grandniece Margaret Lindsay, who married Sir Lewis Majendie of Castle Hedingham near Saffron Waldon. Sold in an auction house in Saffron Walden c. 1979 where bought by Ian Pleeth. Purchased from him by Alec Cobbe in 1988. The Hon Tom Lindsay inherited Castle Hedingham in 1981 and was told by the housekeeper that a piano had recently been sold from the property. (From Chopin’s Swansong, Chopin Society and Cobbe Collection Trust ).