Bacchus and Ariadne (after Reni) 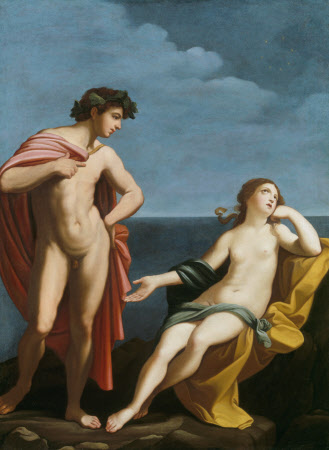 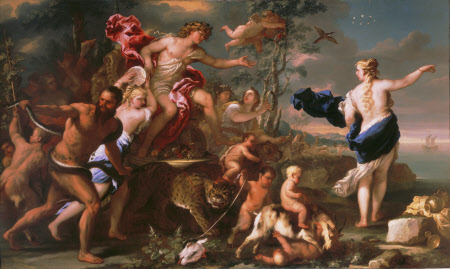 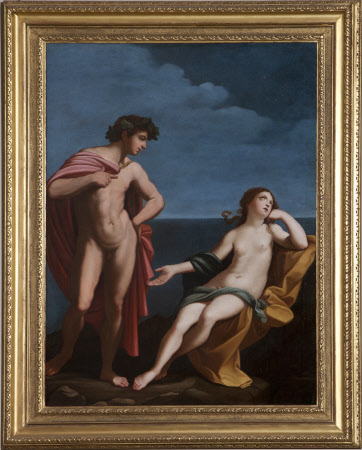 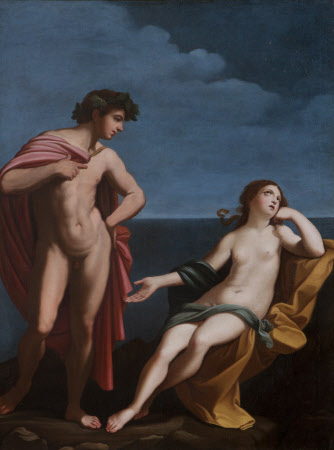 As related by the Roman poets Ovid and Catullus, the daughter of King Minos had fallen asleep on the island of Naxos, en route to Athens with Theseus, whom she helped kill the Minotaur in the labyrinth of her father’s palace at Knossos on Crete. But the prince has abandoned her so Zeus has sent his son, the god of wine, to provide comfort. The coronet of stars floating above Ariadne’s head refers to her constellation in the sky which was to be her wedding gift from Bacchus who has fallen in love with her at first sight.

Oil painting on canvas, Bacchus and Ariadne, after Guido Reni (Bologna 1575 – Bologna 1642). Italian School, probably late 17th or early 18th-century copy of the 1619/20 original, from Cardinal Montalto's villa, bought by the Los Angeles County Museum, 1979, from Kedleston, where it had been since 1758, and in the Music Room, on the West Wall since 1769. Another 17th-century copy, apparently by Constantino Grasso and bought by Sir Thomas Isham, 3rd Baronet (1656-1681) is at Lamport Hall, Northamptonshire. Two full-length nude figures, Bacchus on the left, standing, Ariadne, seated on the right and looking away to the right. Blue cloudy sky with the Corona constellation. The white sails of the fleet of ships on the horizon in the original are missing from this copy.