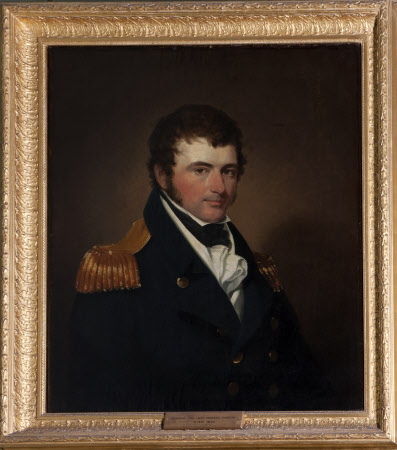 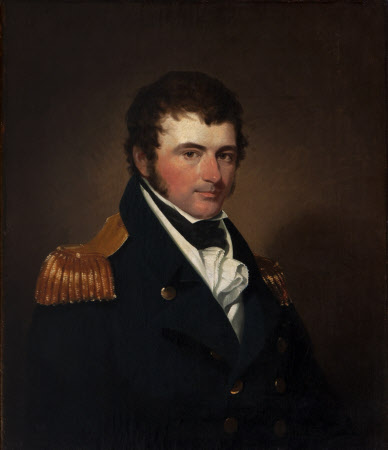 Oil painting on canvas, Admiral Edward Curzon (1789-1862), British (English) School, early 19th century, inscribed on frame: ADMIRAL THE HON EDWARD CURZON / DIED 1862. A half-length portrait of Admiral Edward Curzon, CB, the second illegitimate son of Nathaniel, 2nd Lord Scarsdale, in naval uniform, turned three-quarters to right, gazing at spectator. As a captain he fought with distinction at the Battle of Navarino in 1827. Ultimately he became an admiral and Campanion of the Bath.

Bought with part of the contents of Kedleston Hall with the aid of the National Heritage Memorial Fund in 1986 when the house and park were given to the National Trust by Francis Curzon, 3rd Viscount Scarsdale (1924-2000)