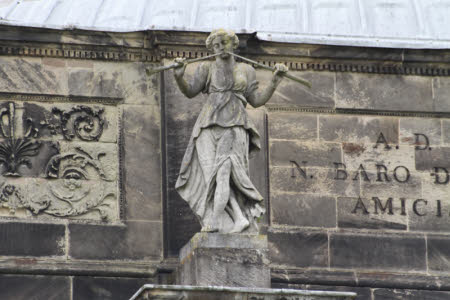 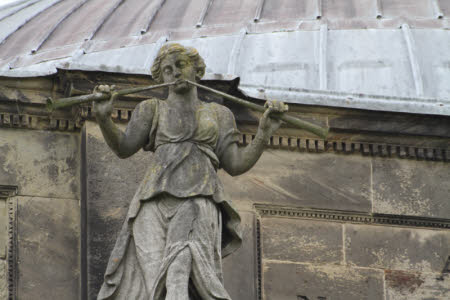 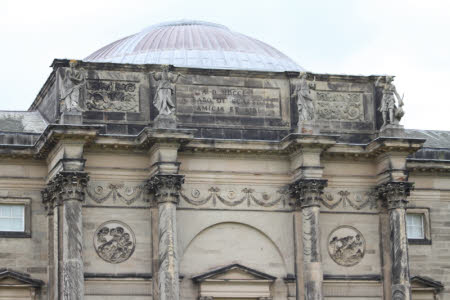 The statue is recorded by Nathaniel Curzon (1726-1804) as 'Pastoral Muse with two Pipes' in his handwritten 'List of Statues I have' of c.1760 (MS, Kedleston Archive). It is listed again in the published 'Catalogue of the pictures, statues, &c. at Kedleston' on 1769 (p. 4). The National Trust has traditionally attributed the South portico statues to William Stephenson, a sculptor from Liverpool identified by Rupert Gunnis as carrying out work on the Liverpool Town Hall in 1752 and possibly the Palladian bridge at Stowe (Gunnis 1968, p.373). There is no evidence to prove this attribution. The statues may have been produced by local stone carvers to designs by Robert Adam (see, for example, NT 109129). Alice Rylance-Watson February 2019