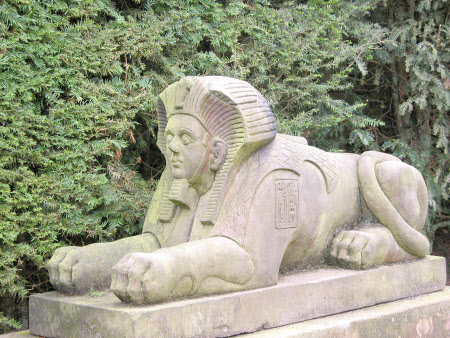 Commissioned by James Bateman, the accomplished horticulturist, and his wife Maria - who moved to Biddulph Grange from nearby Knypersley Hall in around 1840 when they redesigned the gardens with help from the artist Edward William Cooke (1811 – 1880) - from the sculptor in 1845; then given to their son in 1868 who sold the property to Robin Heath in 1871 and by descent to his son; acquired with Biddulph Grange Garden by the National Trust in 1988.